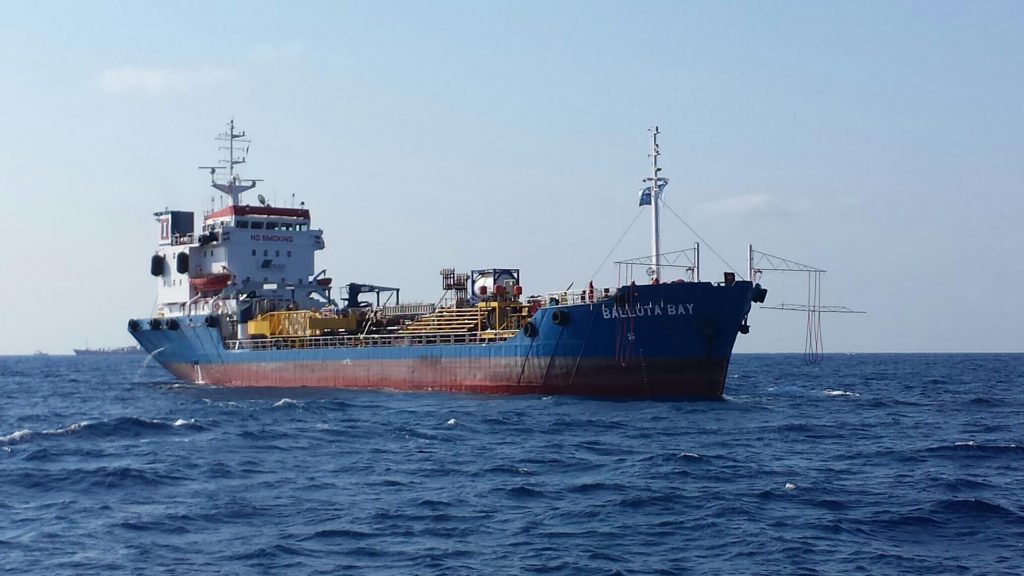 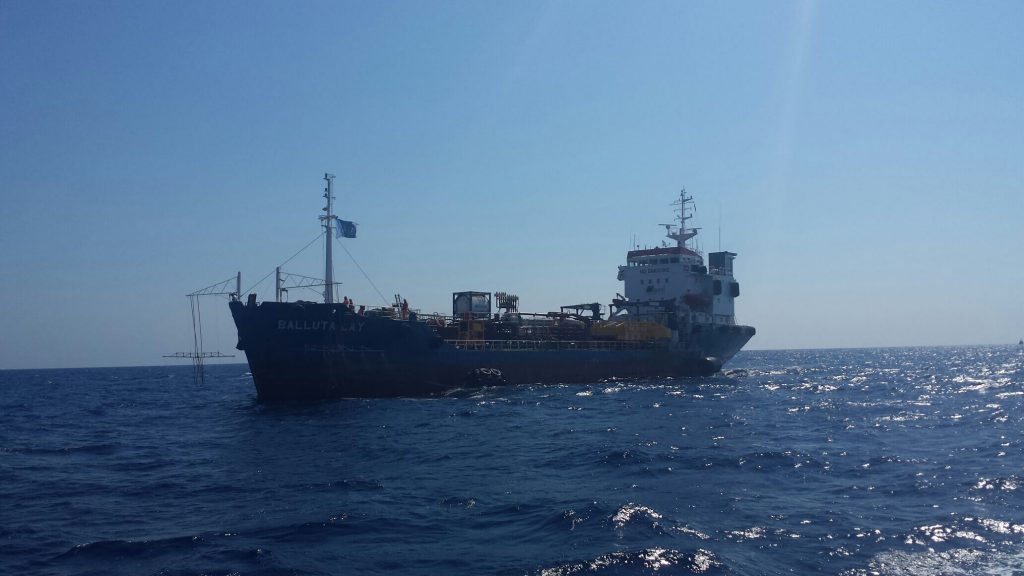 The European Maritime Safety Agency (EMSA) is an Agency of the European Union set up in 2002 following the sinking of the Erika in 1999 in French territorial waters and the Prestige in 2002 in Spanish territorial waters. A key task for the European Maritime Safety Agency is thus to make available additional ‘At-Sea’ oil recovery resources to assist requesting states to respond to large scale incidents involving the possibility of or actual oil spills.

Tankship Management Ltd. has since 2005 proudly contributed to this intent by providing vessels from its managed fleet, fully converted to perform Occasional Oil Recovery Duties, to serve as part of the EMSA’s network of Standby Oil recovery vessels. At present the m/t Balluta Bay is contracted till 2016 to act as such, primarily in the Central Mediterranean region, or as otherwise requested by EMSA. The vessel is equipped with specialized oil spill response equipment including a radar based oil slick detection system. A pair of Sweeping arms acts as the primary means of effluent recovery, with the secondary means being a single point inflation Oil Containment Boom. The vessel is also fitted with a remotely operated Oil Skimmer which is deployed in conjunction with the Oil Containment Boom. Balluta Bay is able to decant the recovered effluent so as to best utilize the ship’s carriage capacity. The ship is also able to heat the recovered cargo and is fitted with high capacity pumps to facilitate the discharge of heavy viscous oil.

Balluta Bay, as contracted by EMSA, performs four oil recovery exercises annually during which the performance of the ship, its crew and the specialist oil recovery equipment onboard is verified. Periodically these exercises are performed in the presence of EMSA inspectors. Additionally Balluta Bay, as requested by EMSA, also participates in an annual oil recovery exercise organized by the Malta Maritime Administration. The purpose of this exercise is to test the readiness of EMSA standby vessels covering the particular region as well as the assets, both seaborne and shore based, available to the state organizing the drill. Tankship Management Ltd. managed vessels have also previously participated in such drills organized by the Greek, Italian and French Maritime Administrations.

Prior to Balluta Bay, company vessels m/t Mistra Bay and m/t Salina Bay had successfully been contracted to act as Standby Oil recovery vessels. Following the collision and the sinking of the m/v New Flame off Europa Point Gibraltar in August 2008, EMSA at the behest of the Spanish government, requested the use of the former vessel. Mistra Bay sailed to the scene of the incident and was on standby for more than nine months until all the bunker fuel on the wreck had been recovered by third party Salvors and it had been ascertained that no further risk of pollution was present. 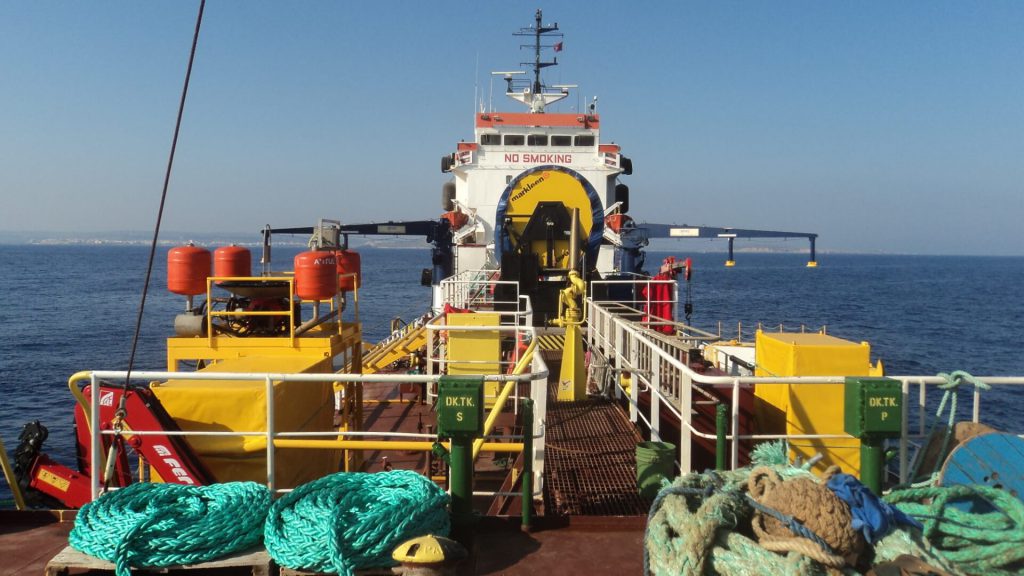 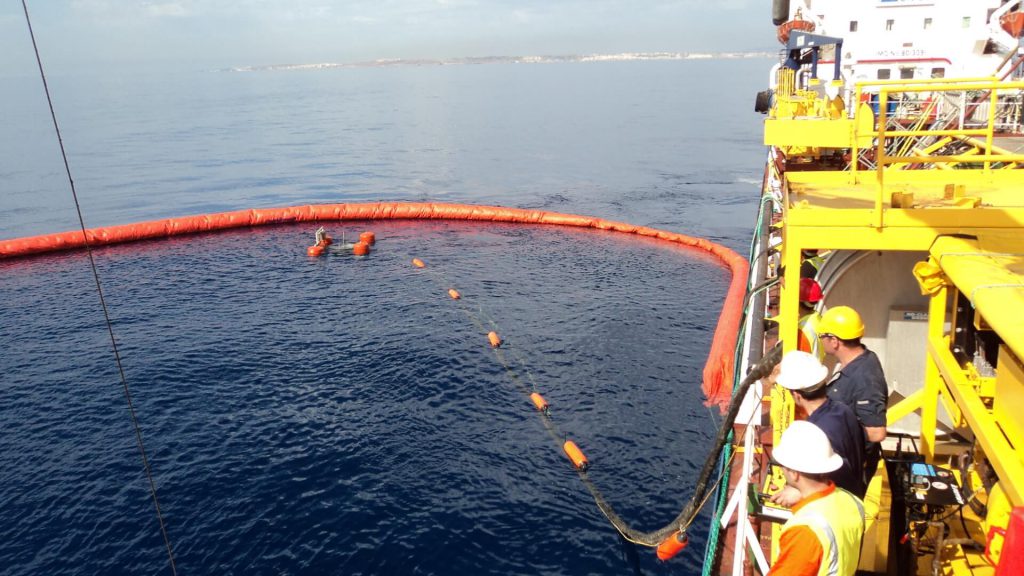 In January 2012, the passenger ship Costa Concordia ran aground and was wrecked off the coast of the Island of Giglio in Italy. The Italian government contracted the Dutch Salvors Smith Salvage to recover the bunker fuel onboard the wrecked ship. Subsequently EMSA sanctioned the chartering of the m/t Salina Bay by the Salvors. The ship sailed to the scene of the wreck and remained on standby throughout the bunker recovery process to recover any possible oil spillage. Salina Bay was in the area for the two months it took for the fuel recovery process to be completed. Throughout both callouts Mistra Bay and Salina Bay were accompanied by Tankship Management Ltd. personnel sailing in the capacity of Oil Spill Coordinators, and the vessels, their crews and Oil recovery equipment onboard were kept in a constant state of readiness.

The relationship between EMSA and its contractors is a dynamic one; whereby the Agency ensures that possible improvements to oil recovery equipment installed onboard vessels are immediately communicated to its fleet of standby oil recovery vessels. In this manner EMSA’s network of standby oil recovery vessels are kept constantly fitted with the most up to date oil recovery equipment available on the market. For its part Tankship Management Ltd. ensures that it is always able to respond promptly and effectively to any requests by the Agency.